Double-hung windows are designed to allow both sashes to raise, lower and tilt in for cleaning the outside surfaces of both the upper and lower sash.

To replace the sashes to the operating positions, hold the top rail of the sash with both hands and push it all the way into the main frame tracks. Make certain that the tilt latch buttons click in to lock the sash in the mainframe. If the tilt latches are not reengaged in the mainframe, the sash may fall inward unexpectedly.

Note: To tilt both sashes in, tilt the lower sash in first, then tilt in th 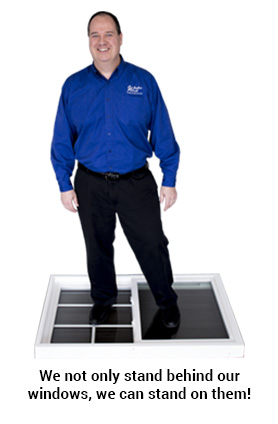